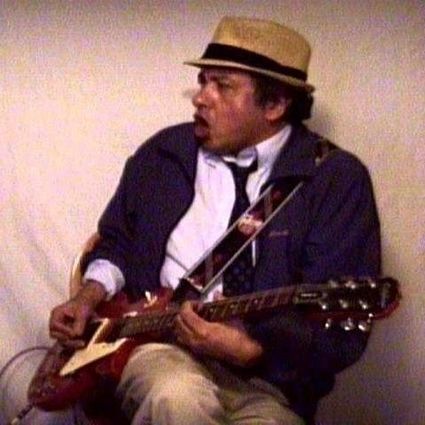 My name is Michael Wynde, I was born on June 25, 1963 to my mother Mary Lou Wynde and father Jerome Charette in Sisseton, SD. I was raised by my Kunsi Ida Vivian Barse/Wynde between Sisseton, SD and Minneapolis, MN. My sister Maury and I would help Kunsi prepare an acre of land, by hand, and plant veggies, pump water and cook food over an old time stove, even bathed outside, yes we were exposed to that old time life style, no electricity, out house, ect. after school started in Minneapolis, we would harvest and canned what we grew. At the age of 11 I moved to Enemy Swim, SD till I was 17 when My kunsi passed away. I remember at a very early age I fell in love with Blues Music, Buddy Guy, Taj Mahal, The Rolling Stones, just to name a few.

After my kunsi passed away, I moved to Boston, MA. And lived with my aunt Yvonne Wynde, she was going to Harvard University at the time, It was there she taught me many things, I guess you can say the better part of life, food, clothes, dress, proper English, ect, I started going to night clubs and enjoy blues bands, I used to watch them with awe. I started studying the blues on guitar, My big brother taught me a few chords and I went on from there.

In 1983 I met a lyrist Royce Apt, and worked on song writing together, he was the "Word Man" and I put the music to it, and we both recorded our songs with a few great musicians like Tom Maher, Hugh McGowan, Yoseff Shariff, just to name a few. In 1988, I decided to gather a few musicians and Play in night clubs of Boston. It was then I realized I was a "Blues Man", a "Rolling Stone". I educated my mind with much, much more Blues Artists, and continues to this day, and I don't think it will not end.

In 2017 I started to DJ my own blues show in MN and when I moved back home where I deejay'd my blues show here on KXSW, now I would like to start a series on blues artists and their music on the paper, my idea is to feature a blues artists weekly. I hope you enjoy.

"Damn right I got the Blues, From my head Down to my shoes." Buddy Guy