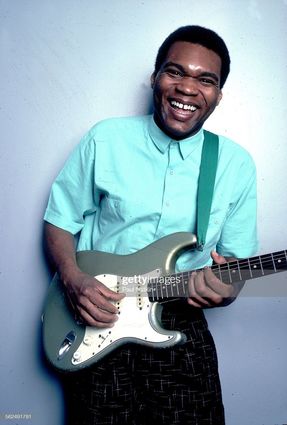 Robert Cray, along with other Blues Musicians like Albert Collins, Stevie Ray Vaughn, have been credited with the Blues "Renaissance" of the 1980s.

Born in 1953 in Columbus, GA. he grew up living in a few cities following his fathers’ Military career. “The One way Street” was his first Blues Band while attending Denbigh High School located in Newport News, Virginia.

With Influences of Artists like Albert Collins, Freddy King and Muddy Waters, Robert Cray recorded his first LP, “who’s Been Talking” under the Tomato Record Label released on March 1980 to the most recent “That’s what I heard” released under the Nozzle Label, formally Decca, on February 2020.

Forty years of recording under labels like Tomato, High Tone, Mercury and Rykodisc just to name a few, releasing hits like, “Right Next Door”, “You Move Me”, “Poor Johnny” and of course “Smoking Gun”.

Robert Cray collaborated on albums, “Showdown” released in 1985 under the “Alligator Label” with artists Albert Collins and Johnny Copeland, “3X Gold” with INXS and Wet, Wet, Wet. Released in June 1986 under the Gold Collections Label and “In Concert” Released in 1999 under the Indigo Label.

Robert Cray also collaborated on “Scores” for the movie industry, Movies like “National Lampoons’ Animal House”, “Hail, Hail, Rock and Roll” plus others.

Yes, after forty years with his Olive Oil voice and melodic guitar riffs and leads captivating audiences around the world and keeping “The Blues” alive and still going strong.

You will start seeing him tour America starting in May 2021, American Tour was postponed due to the Covid-19 pandemic. I personal would love to see him perform.

Next Week I will spot light Ana Popovic