The Blues With The Rolling Stone 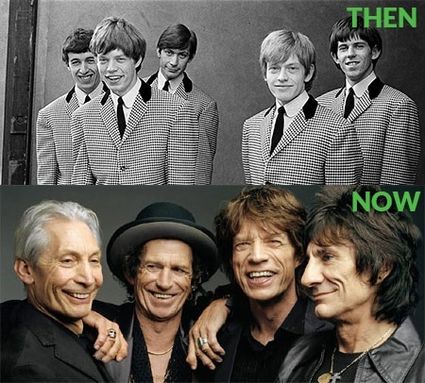 First let us start by saying Mick Jagger and Keith Richards did not start The Rolling Stones, that was the brainchild of Brian Jones, and what a creation it was, In July 1962 while Brian Jones was talking to the Marquee Jazz Club Booking Agent located on Oxford Street in London, England he saw the Muddy Waters album with the song “Rolling Stone Blues”, and the rest is a well-known history. The Name fit perfect, five “Rolling Stones” committing to nothing but the Blues, they started at first playing Blues Covers, The American Blues was extremely popular in the late 50’s and early 60’s with bands like The Who, Yard Birds, Janice Joplin, The Doors, Jimi Hendrix and many more than I can post in this page. Brian Jones played with The Rolling Stones from 1962 till 1968, when he met his tragic end at his home in the swimming pool, but he was with them for eleven albums from: “The Rolling Stones, England’s newest hit makers” released in May 1964 on the Decca Label to “Let it bleed” released on the Decca labels in December 1969, their first recording was a song called “Come On” a Chuck Berry cover recorded in 1963.

In 1975, The Stones recruited Ron Wood as their new lead guitarist and continue with the band to-date. Recording and releasing “Black and Blue” in 1976 to the most resent “Blue and Lonesome” released in 2016, “Blue and Lonesome” brought The Rolling Stones back to their roots, The Blues.

In the mid 1980’s The Rolling Stones took a break from touring and pursue solo careers, Mick Jagger recorded and toured under his name, Keith Richards started The Expensive Winos, Ron Wood did the art thing with a book tour, Bill Wyman and Charlie Watts toured America with their Jazz Band.

In the history of the rolling Stones, they incorporated many genres with the blues, Rock and Roll to disco with the release of “Miss You” from the album “Some Girls” released in 1978 and toured with the same name. After the 1989 Tour “Steele Wheels”, Basset Bill Wyman quit the Stones and was replaced with Darrel Jones who records and tours with The Stones today. The tour featuring “Some Girls” in 1981 was when The Rolling Stones toured in large stadiums and have since. Their concerts are labeled as an event more than a show.

With 26 Studio Albums, and quite a few live recordings and numerous singles, The Rolling Stones are still going Strong.

Next Week, lets look into the music of Big Mama Thornton