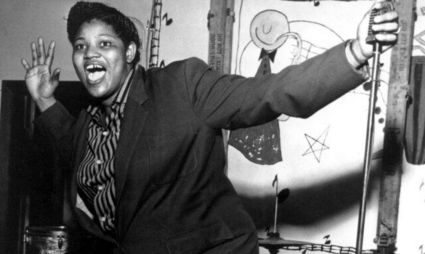 In 1953 a song hit the number 1 spot on the Billboard Rhythm and Blues chart and stayed there for 7 weeks, Elvis Presley covered the song sparking the Rock and Roll Genre, the song is called "Hound Dog", recorded by Big Mama Thornton, written by Jerry Lieber and Mike Stoller, and released on Peacock Records.

Big Mama Thornton was born, Willie May Thornton on December 11th 1926 in Ariton, Alabama Her parents worked for a local church with her father as a minister, she moved to Houston in 1948 and It was a good move, at the time a new style of blues was born and she fit in perfectly.

Recorded in 1968 was Ball and Chain release under the Peacock label as well. And she is credited with hits like Watermelon Man and Rock Me Baby just to name a few others. Here are her albums: 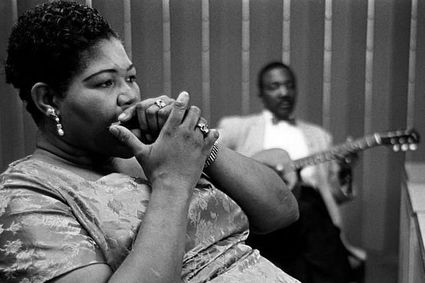 Big Mama Thornton was found dead July 25th 1984, A result from heavy drinking, but had a career unlike most at the time playing with notables like Buddy Guy, Muddy Waters, Fred Below, Sammy Lawhorn, and many others. She toured with the American Blues Festival in Europe.

After she relocated to the San Francisco Bay Area as her fame started to fade in the late 1950's, there she played in the clubs there as well as Los Angeles.

Big Mama Thornton was inducted Blues Hall of Fame in 1984. With her aggressive vocals, Harmonica playing, Guitar work and sassy lyrics, she mad a major contribution the The Blues.