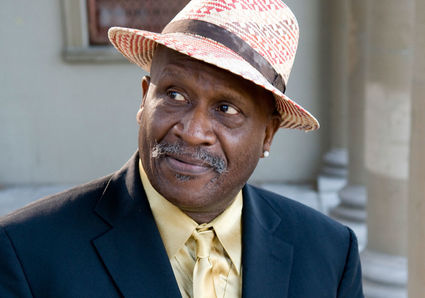 When you hear the name Taj Mahal, most people think of the building in India, But in the world of Blues Music, Taj Mahal takes on a different meaning, The Blues musician who calls himself "Taj Mahal". born Henry Saint Claire Fredericks Jr. on May 17, 1942) is an Afro-Caribbean American Blues Musician, singer-songwriter, multi-instrumentalist. Born in Manhattan, New York City, and grew up in Spring Field, Massachusetts. He grew up in the environment of music with his mother a member of her church choir and his father a Jazz Musician. His parents had a shortwave radio and Taj listened to many styles of music of his youth.

If you ever want to hear the blues, listen to Tal Mahal, He combines the American Blues with "World Music" in his recordings from 1968 to the present. His style of his guitar work is a little different than other styles of his time, He uses his thump and middle finger with playing giving him his unique style as in "She Caught the Caty" and "Corrinna" from the 1968 album "The Natchi'l" Blues" released on the Columbia Label. He is influenced by musician like: Son House ,Sleepy Joe Estes, Big Mama Thornton, Howlin' Wolf, Mississippi John Hurt and Sonny Terry.

I first saw Taj Mahal at the Guthrie Theater in Minneapolis Minnesota in the mid 70's, my mother bought tickets and we went to see him, this was a one-man performance with a stage set up like a full band minus the drum set. He played all the instruments in his show, I was intrigued by his ability and skill of his playing and style of the music. After the show I bought his album The Natchi'l Blues", I played that album till it hissed, "Corrina" is the song I named my Daughter.

Taj plays what he feels, if a sound intrigues him, he sets out to make it. If origins mystify him, he moves to trace them. If rules get in his way, he unapologetically breaks them and the result is Blues Songs that he combines the styles of, of Caribbean, African, Reggae Calypso, Jazz, R&B, Gospel and Country Blues.

In 1968, when he was starting to gain fame, he played in the film, "The Rolling Stones Rock and Roll Circus", and that sparked a life-long friendship with the Rolling Stones, he also played with the Stones on their "Steel Wheels Tour" in 1989.

Taj first signed with Columbia Record in 1968 and released the album "Taj Mahal" and when on to record 30 albums to date during his over 50 year career.

Next Week let's look at the Blues Musician, Buddy Guy