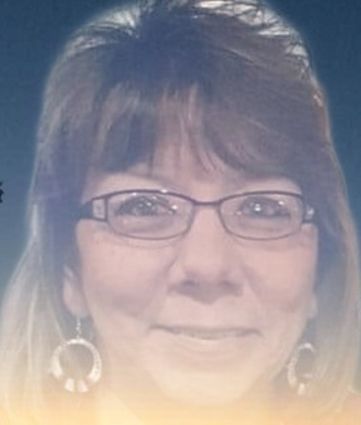 Juanita Lucille "Nita" Crawford, age 53, of Wahpeton, North Dakota, was born on January 25, 1968 in Breckenridge, Minnesota to Richard and Enid (Little Voice) Crawford. She grew up in Wahpeton and later in Sisseton, South Dakota and graduated from Sisseton High School. After graduation she moved to Watertown, South Dakota and worked at Dakota Sioux Casino – which was a Bingo only facility at that time. She met and married Jerry Giles from Dallas, Texas. The couple had two beautiful children and lived in various places in the United States. Nita returned to Wahpeton where she later met her partner Brad Bloom. She enjoyed spending time with her grandchildren and would visit Texas often. Nita and Brad looked forward to their time camping and days off were spent at Strawberry Lake, Minnesota with their good friends. She had many talents, one of which was cooking, as well as spending time with family and friends. She anticipated attending the annual bean bag tournament hosted by the Kvidera family each summer.

She had a great sense of humor and loved to laugh. One of her favorite comedienne's is Jeff Dunham. She was so excited when she had the opportunity to attend his show. Her love of life and family was obvious by her willingness to help and take care of others. Nita was a strong independent woman, working hard all of her life. She worked at Farm City Supply in Breckenridge, Simonson's in Wahpeton and Fryn Pan Restaurant until her illness made it too difficult for her to continue doing what she enjoyed. Her son, Richard, returned home with his family to care for his mother during her illness. Nita passed away in their home on April 4, 2021, surrounded by family.

Nita was preceded in death by her parents, Richard and Enid Crawford.