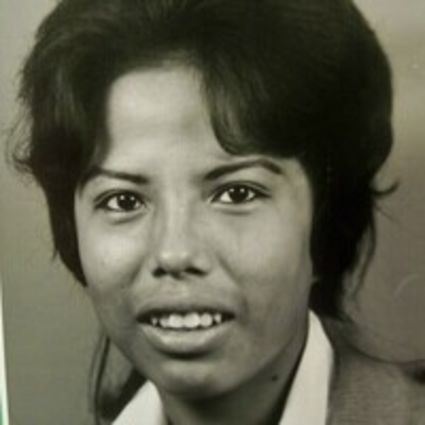 Patty was born in Sisseton, SD on March 19, 1946 at Sisseton I.H.S. Hospital to Levi Blacksmith and Estelline Bernard. Her dad passed away when she was just 9-months old and her mother remarried John TwoStars Sr. who loving raised her as his own until his death in June 1990. They shared a very close father-daughter relationship. Her mother passed in June 1992. Patty has four sisters and one brother: Shirley Owen who passed in 1977, Yvonne TwoStars who passed in 2009, Arvina TwoStars who passed in 1949, Barbara (Milton) Owen, and John (Dani) TwoStars Jr.

Patty attended Flandreau Indian School and graduated in 1966. She continued her schooling in Los Angeles, CA and graduated as a file clerk in June 1967. While she was in LA she met Mark N. Bearhead during active service in the Army and they married in 1969. They had three children: Janet (Jeremy) Brown, Christine Fineday, and Tara (Waylon) Brown. They settled down after Mark's service for his Country in 1970 and lived together until their mutual consent for divorce in 1979. Since then she met two companions, whom she loved dearly, and had two children: April Owen whose father passed away in 1997 and Leslie Campbell Jr. whose father passed away in 2017. She spent 15 loving years married to Leslie Campbell Sr. before their mutual consent for divorce in 1997. After the divorce she lived single and never remarried.

Patty continued her education and attained Associate of Applied Science Degrees as Accounting Technician and Computer Information Specialist from Sisseton-Wahpeton College in May 2008. She began working for the Sisseton-Wahpeton Oyate (SWO) in 1973 with her first job as Payroll Clerk. Although she moved and worked in different places throughout her lifetime, she finally retired in April 2020 as Accounts Payable Clerk for SWO. She loved staying busy and working. Her hobbies include: hand sewing star quilts, reading, writing/journaling, listened to music – an Elvis fan, and ensuring the upkeep of her home and yard. She loved her family and friends very much and kept them close and in contact up until she passed.