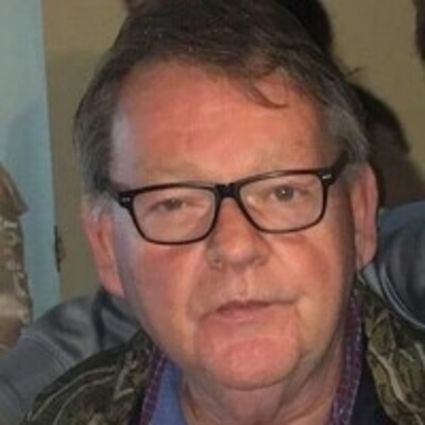 Celebration of life for Richard Lynn Wallenstein, 66, of Sisseton, SD will be held Thursday, April 29, 2021 at 12:00 P.M. at Tribal Community Center, Agency Village, SD. The Cahill Funeral Chapel, Sisseton, SD is in charge of funeral arrangements.

Richard was born on June 11, 1954 to Richard and Mary Lou Wallenstein (Pahne) in Huron South Dakota. He was married to Nancy Marie Wallenstein for forty years.

Richard Lynn Wallenstein, 66, of Sisseton South Dakota passed away the 24th of April 2021, in Breckenridge Minnesota.

At the time of his passing, Richard resided in Sisseton South Dakota with his son Ron and three of his grandchildren.

Richard was a very dedicated employee of the Dakota Magic Casino C-Store in Hankinson North Dakota. He just recently earned his 5 years of service certificate. He proudly gave 25 years to managing various entities within or concerning tribal businesses. He was always leading by example. Unafraid to role up his sleeves as a manager to do the work that he asked of others whether it be working the register at the C-Store. Working more than the 40 hours required of him, Driving propane to people in need late at night or in the winter; sometimes both, or continuing to show up to work while everyone else was furloughed in order to keep the gas pumps open. He was always putting forth any extra effort to help those at work under his charge and providing for his family. He believed in the value of hard work. He would do off the wall things to help people in need. If he saw someone trying to better their lives yet still struggling he would go out of his way to assist in any way he could.

A few of his hobbies included spending time doing yard work, gardening, hanging out with his grandchildren, watching birds by his feeders, and cooking.

He was proceeded in death by his wife Nancy. His father Richard. As well as Patsy "Pansy" Genia and Mark Genia.