Empress of the Blues: Bessie Smith 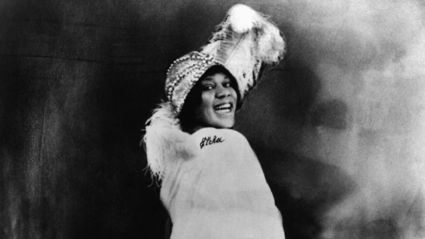 Bessie Smith was the most well-known female blues singer during the ja age of the 1920's and 30's. born April 15th. 1894 in Chattanooga Tennessee, she rose above all during her huge career in the blues, some can argue she was the first.

Bessie was raised in a talented family as her older siblings would perform on the streets of her neighborhood as she lost both parents when she was very young, under the care of her older sister Viola, Bessie was able to get an education, Bessie began forming her own act around 1913, at Atlanta's "81" Theater and after performing with Ma Rainey, she went on her own and landed a recording career with the Columbia Label in the 1920's. Bessie's "Cemetery Blues" (September 26, 1923) was the first issued and was an instant hit. As her popularity increased, Smith became a headliner on the "Theaters Owners Booking Association circuit" and rose to becoming top attraction in the 1920's

Bessie Smith became the highest-paid black entertainer of her day and began traveling in her own Railroad car, it was then she was Labeled "Empress of The Blues".

Bessie also appeared in the film St. Louis Blues in November 1929, based on composer W.C. Handy's song of the same name. directed by Dudley Murry.

Bessie's recording hits were many including:

Three recordings by Smith were inducted into the "Grammy Hall of Fame" and the Rock and Roll Hall of Fame in 2002.

Tragically Her career was cut short by a car crash on September 26, 1937.