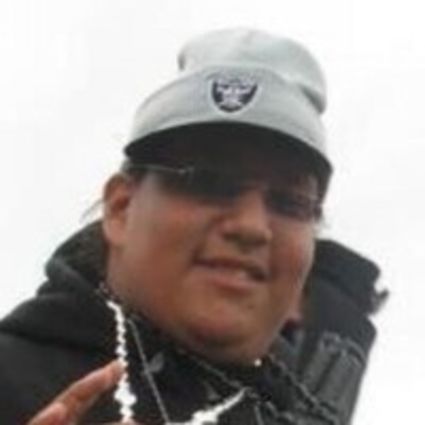 Funeral Service for Aaron Joseph Little Moon, Wambli Lowan Mani "Walking Singing Eagle" 29, of Alameda, CA will be held on Sunday, May 9, 2021 at 11:00 A.M. at the Veblen District Center, Veblen, SD with Cecil Renville officiating. Drum group will be War Pony. Pallbearers will be Geoff Pellerin, Nathan Blacksmith, Anthony Pellerin, Lupe Polina, Brian Renville, Zach Ortley, Justin Geshik, John Williams, Chaske St. John and Dakota Blue. Honorary Pallbearers will be Edith and Esther St. John, Taya Randall, Nathan Blacksmith Jr., and All of Aaron's Relatives and Friends. There will be an all night Wake Service on Saturday, May 8, 2021 at 7:00 P.M. at Veblen District Center. The Cahill Funeral Chapel, Sisseton, SD is in charge of funeral arrangements.

Aaron Joseph Little Moon was born on November 8, 1991 in Oakland, CA to Lita St. John and Marvin Little Moon. Aaron was passionate about his Native American Heritage while drumming and singing at various powwows in several states. He enjoyed singing the songs from the ancestors and teaching others the words to the songs. He sang with various drum groups but had his own drum group called the East Bay Takojas or EBT. He also sang with All Nations out of Oakland, CA under Mike & Michael Bellinger.

While residing in South Dakota he sang with the Hoksina Was-té Takojas. Aaron enjoyed helping teach cultural classes with his dad, Marvin, at the International Friendship House of Oakland, CA.

Aaron was an avid sports enthusiast and he loved his home town teams. One being the Oakland Athletic Baseball team. He had numerous jerseys but his favorite was Coco Crisps "4". He also was an Oakland Raiders fan from a little boy. He was a little discouraged when they moved to Las Vegas but still wanted to go to a game in the new Allegiant Stadium. His other love was the Oakland Warriors. He loved to watch Curry play and last year it was Durant and Curry. His other pass time favorite thing to do was to play with his brothers in Call of Duty...he hated losing or getting shot! Aaron made his journey to the Spirit World on April 24, 2021 at the Marriot Hotel in Oakland, CA after a long battle with Muscular Dystrophy.