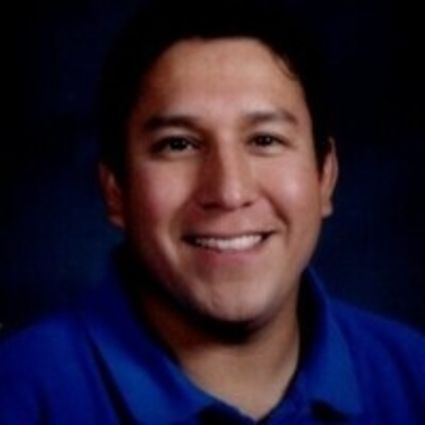 Funeral Service for Louis Edward Williams, "Ta Sunka To" His Blue Horse, 51 of Sisseton, SD will be held on Monday, May 17 2021 at 2:00 P.M. at St. Kateri's Hall, Sisseton, SD with Rev. Vern Donnell and CRE Gerald Heminger, Jr. officiating. Pianist will be Billy Kohl. Drum group will be Old Agency Singers. Pallbearers will be Curtis Bissonette, Justin German, Dustin Kirk, Floyd Kirk, Jr., Mel Huff and Dave Ojeda. Honorary Pallbearers will be all of the Boys on the Tiospa Zina Basketball Team 2007-2015. Interment will be in the Goodwill Presbyterian Cemetery, Agency Village, SD. There will be an all night Wake Service on Sunday, May 16, 2021 at 7:00 P.M. at St. Kateri's Hall. The Cahill Funeral Chapel is in charge of funeral arrangements.

Louis Edward Williams was born on June 10, 1969 in Okinawa, Japan to Edward and Yvonne (Wanna) Williams Jr. He attended Peever Elementary School until the sixth grade, then transferred to Sisseton Public School. Louis was a spectacular athlete and succeeded in football and basketball. He was recognized as an Honor Athlete and received the Babe Ruth Award. Louis was crowned Chieftain his senior year and graduated Class of 1987. After graduation he attended Haskell University and received his bachelor's degree. During his lifetime he was very athletic. Louis played baseball for the Sisseton Redbirds and for the area softball teams. He traveled all throughout Indian Country winning numerous championships. He went on to coach basketball at Tiospa Zina for eight years. During this time, he coached the three-time Dakota Oyate Challenge Championship teams. Louis spoke of these young men as family and they were known as "the boys". He was a great mentor and continued to stay in touch with them. Louis loved to golf and watch Tiger Woods. He was a devoted Tiospa Zina, Dallas Cowboys, and Kansas Jayhawks fan. Louis passed away peacefully on May 12, 2021 surrounded by family and friends.