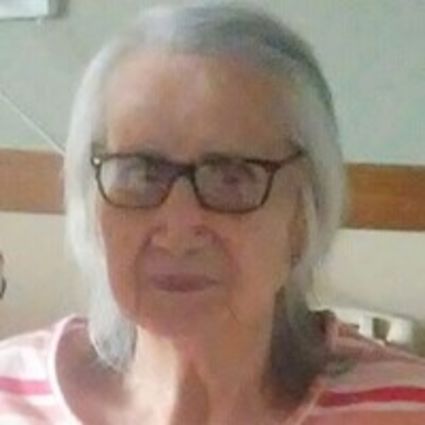 All night Wake services will be held on Wednesday, May 26, 2021 at 7:00 P.M. at the Tribal Community Center in Agency Village, SD. Interment will be in the Goodwill Presbyterian Cemetery, Agency Village, SD. The Cahill Funeral Chapel, Sisseton, SD is in charge of arrangements

Iva Leona Crawford, 89, of Minneapolis, MN, passed away on May 24, 2021 at the Tekakwitha Nursing Home in Sisseton, SD

Iva was born April 9, 1932 in Flandreau, South Dakota to Edward and Jeanette Kitto Crawford. Iva was the 2nd child of 17 children. She grew up on the original allotment of Charles Renshaw Crawford and it was often referred to as the "old place back in the woods." It was a 12 room house built by their grandfather. She grew up there during the "Dirty 30's" The Great Depression. Iva and her siblings were no strangers to hard work. She helped their parents with their farm from growing large gardens to feeding the animals as well as helping her mother with all of the little ones.

Iva attended school at Jones Day School in rural Agency Village. She graduated from Sisseton High School in 1952. Iva then attended Business College in Aberdeen, SD and graduated from there in 1954. Upon graduation she started working for the Bureau of Indian Affairs in Aberdeen, SD. She then moved to Minneapolis, MN, where she lived for the next 60+ years. One address in particular, 803 Douglas Avenue, was the main meeting place for her family over the many years she lived in the city. A friendship was created with the owner of the building where she lived, and she and her friend Cotty Lowry formed a friendship that resulted in Iva becoming caretaker of the apartment building for 20 years.

Iva worked for the Minnesota State Department of Agriculture and various other entities until her retirement in 1986.

Iva was a devoted member of the Presbyterian Church U.S.A. She served as an Elder, Treasurer, Session Clerk and a member of the Dakota Presbytery Women. Iva also was an active member of the American Legion Courthouse Post 310 Auxiliary of Crystal, MN. Iva participated in this organization in honor of her dad who was a World War I veteran and all of her family members who served in the armed forces.

Iva was influenced by her father to document the family tree and other families from the Sisseton Wahpeton Oyate. She spent many hours researching and sharing stories of the past as a treasure to share for the future. Family connection was important to her and she could often be seen in conversation with smaller groups, whether it be from sharing funny stories, singing in Dakota, having full conversations in the Dakota language, or sharing scripture and prayers with those who were sick.

Iva's family would like to mention their gratitude to the Tekakwitha Staff for all of their wonderful care for Iva and her family, especially in relation to the Spirit Room.