The Queen of the Kansas City Blues: Samantha Fish 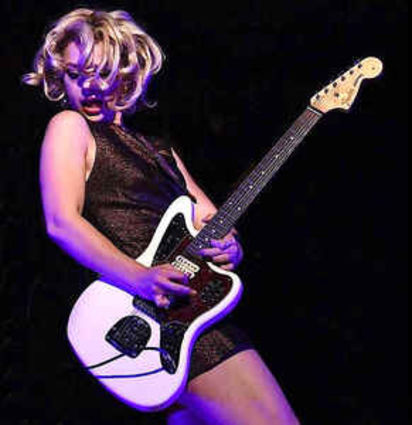 Samantha Fish grew up in a talented family with her mom, a church choir instructor, and her father would have "Jam Sessions" around his town.

Born: January, 30th. 1985, Samantha started to play drums at 13 years old, but in just a couple of years, at 15, she switched to the guitar. She is influenced by the recordings of, Bonnie Raitt, The Rolling Stones, Tom Petty and Stevie Ray Vaughn, At an early age Samantha started hanging out at a Club, Knuckleheads, and enjoyed the blues band that toured through Kansas City, and then started to sit in with the bands.

In 2009 Samantha recorded her first album, "Live Bait", she began work on her follow up Album "Girls With Guitars", released, 2011 on the Ruf Label with two other blues talent, Cassie Taylor and Dani Wilde. With this new line up was set, she toured to promote the Album and a few more Albums followed: Black Wind Howling, 2013, Ruf Label, The Healers, 2013 on Blue Star Connection, along with Ruf Label: Wild Heart, 2015, Chills and Fever and Bella of the South, 2015 and her latest album, Kill or be Kind, 2019 released on the Rounder Label.

In her short carrer, Samantha won quit a lot of awards,

And that is just a few off a long list of awards.

So far, Samantha has done many things, But, I feel she is just starting.