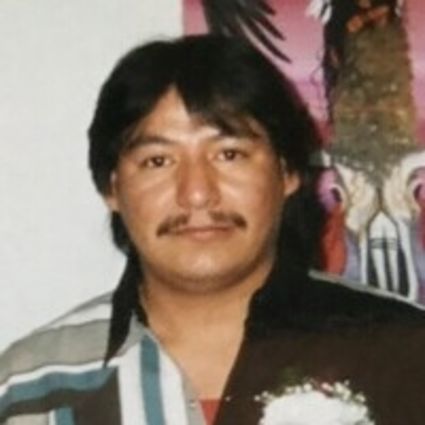 The Cahill Funeral Chapel, Sisseton, SD is in charge of funeral arrangements.

Martin was born January 17, 1971 in Omaha, Nebraska to Celesta Goodteacher and Martin Nerison. Upon his mother's death in 1981 he was raised by his Grandmother Lucy Hill. He attended grade school and high school in Sisseton, SD. And in 1991-1992 he furthered his education at Job corps in Box Elder, SD where he received his diploma and certificate for Drywall and professional painting. He also earned his Mechanical certificate at the Universal Technical in Phoenix, AZ. In 1999 he married Alberta Blackbird and to this union two children were born. Over the years Martin had various jobs and one of them was in 2000 where he worked on grain bins with two of his cousins in Kansas. And he also worked for 13 years for the Ellis-Lieffort Painting Inc. in Watertown, SD. He was currently self-employed as a Contractor. Martin loved working on cars and fixing them up; enjoyed building model cars, painting, and doing his dry wall jobs. He also liked to hang out in his Man Cave listening to his era music, and a couple of his favorites were Boys Are Back In Town by Busboys and Blue Highway by George Thorogood. He enjoyed dancing and visiting with friends. He was a Green Bay Packers fan. Martin was a humble kind hearted man. He was loved dearly and will be greatly missed. Martin Travis Goodteacher, passed away Tuesday, June 1, 2021 at Sanford Heart Hospital in Sioux Falls, SD, surrounded by family and friends.