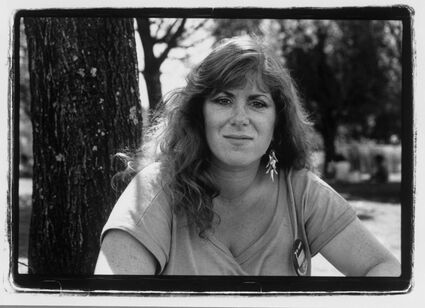 Who is Ellen Mcllwaine? She is a female vocalist who is known for her acoustic and electric guitar slide guitar playing. I first heard her in 2017 when I was DJ'ing for a radio station in MN.

I was impressed with her ability on both her singing and slide guitar, the song was "Hound Dog".

Born in Nashville Tennessee, on October1, 1945, but she was raised in Kobe, Japan, she was exposed to a number of cultures and music.

In the early 60's she moved back to the United States and in the mid 60's she was highlighted Atlanta, Georgia. Forming a band called "Fear Itself", a Psychedelic Blues Rock Band, she recorded one album, then she when on a solo career recording two albums for Polydor, Honky Tonk Angel in 1972, and "we The People" in 1973, We The People produced her first hit song "I Don't Want To Play:.

Ellen met Jimi Hendrix in New York City, played with him and wrote "Underground River", a song about him.

In 2006 Ellen started her own label " Ellen Mcllwaine Music" and released her last album "Mystic Bridge".

Fear Itself, Honky Tonk Angels, We The People, Ellen Mcllaine, Everybody Needs it, Looking For Trouble, Up From The Skies, Spontaneus Combustion, Mystic Bridge.

She has been nominated many times for the Toronto Blues Society " Blues With A Feeling" lifetime Achievement Award. Sadly we lost her recently due to cancer.

If you can, check out her music from we the people and on, I'm sure you will enjoy.