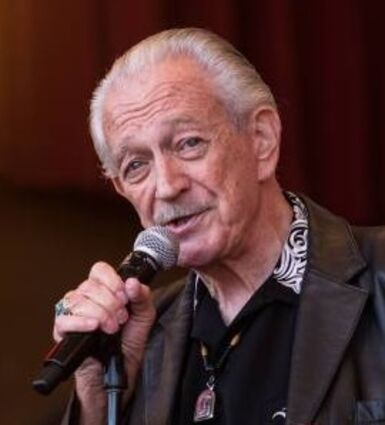 Born in Kosciusko, Mississippi on January 31st, 1944 Charlie Musselwhite, one of the most celebrated Harmonica players in a career in blues since the mid 1960's. His father played guitar and harmonica, while his mother played piano, with a house of musical talent, her took it many steps further playing with musicians like Jonny Hooker, Cindi Lauper, Tom Waits and many others. Going back to when he was a teenager living in Memphis Tennessee, Charlie was exposed to Rockabilly, Western Swing and Electric Blues featuring Elvis Presley, Jerry Lee Lewis, Johnny Cash and others giving birth to Rock and Roll. One of the jobs that Charlie did was "Running Moonshine" with his 1950 Lincoln and was nicked named "Memphis Charlie".

In 1966, Charlie recorded an album entitled "Stand Back!, Here comes Charlie Musselwight's South Side Band" released on "Vanguard Records". With some success with his first album, He went on to record and releasing over 20 albums, among these albums he recorded and produced the album entitled "The Well" released on Alligator Records, The title track is credited to Jessica McClure's ordeal as a child who was trapped in a well for over 58 hours, this impacted Charlie so much, that he made a promise to quit the drinking, "It took three days to get here out, I haven't had a drink since".

Charlie also recorded with notables such as: Blind Boys of Alabama "spirit Of The Century". Bonnie Raitts' "Lodging in there Hearts" and INXS's "Suicide Blonde".

Charlie collaborated with many musicians like: George Thorogood, Tom Waits, Japans Kodo Drummers, Mickey Hart, Eddie Vedder and many others. Charlie proves that you only get better with age, as he has toured and recorded for over fifty years, and still on top of his game.

Charlie has received many awards for him art, including: Grammy Nominee for No Mercy in the Land and 13 other nominations as well as 33 time Blues Music Award Winner to the most resent in 2020 100 Years of Blues with Elvin Bishop released on Alligator Records.

Over 20 Albums, and still touring, winning many awards, Charlie Musselwhite is still going strong with no end in sight.