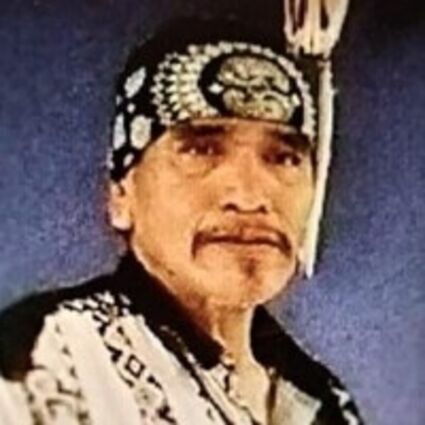 Funeral Service for Adrian Lee Williams, 63, of Sisseton, SD will be held on Tuesday August 10, 2021 at 10:00 A.M. at the Big Coulee District Center, Big Coulee, SD with Gerald Heminger, Jr. CPL officiating. Pianist will be Billy Kohl. Pallbearers will be Tyrell Richotte, Darrell Amos Jr., Mike Heminger, Ronnie Nielan, Ronnie Nielan Jr., Mike Tollefsen, Jeremy Taylor, Bobby Kohl and Harvey Quinn. Honorary Pallbearers will be all of Adrian's family and friends. Interment will be at Ascension Presbyterian Cemetery, Big Coulee, SD. There will be an All-night Wake service on Monday August 9, 2021 starting at 7:00 P.M. at the Big Coulee District Center. The Cahill Funeral Chapel is in charge of funeral arrangements.

Adrian Lee Williams was born on October 13, 1957 to Phillip and LaVelva (Amos) Williams of Sisseton, SD. He was one of 6 children. Adrian attended the Wilmot school where he played football. After high school Adrian attended Kicking Horse Job Corp where he studied carpentry. From there he went on to do several different jobs such as welding and being a farm hand. He took pride in his most recent job of taking care of the elderly housing where his door was always open to whoever needed assistance - Adrian enjoyed watching his favorite football team the Denver Broncos. In his younger years he enjoyed cutting wood with his brothers and uncles. His hobbies included playing horseshoes, volleyball, softball, cards and dice especially 10,0000, 500 and Yahtzee. He really enjoyed hanging out and visiting/joking around with family and friends. Throughout his life he was married twice his first marriage was to Jennie Burshiem of Sisseton and they had one daughter Adria. His 2nd marriage was to Paula Armstrong of Flandreau, SD and they had no children together. He grew up Presbyterian and was a member of the Ascension Church in Big Coulee most of his life. We can't forget to mention his puppy and best friend Puppy Williams.

He is preceded in death by his parents: Phillip and LaVelva Williams, grandparents Norby & Flora Amos, Brother Mike Williams, Sister Patty Simon, granddaughter Adrianna Williams, and many uncles and aunts.