The Queen of the Chicago Blues: Koko Taylor 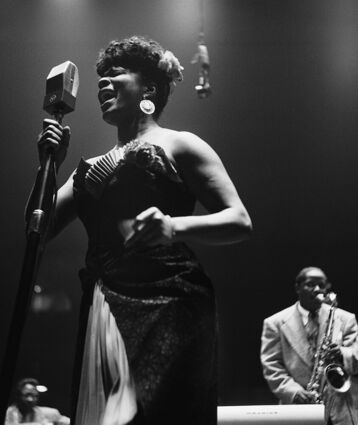 Koko Taylor made her debut for Chess Records with her first big hit "Wang Dang Doodle" in 1964, which was written by Willie Dixon and recorded five years earlier by Howlin Wolf, But prior to that, Koko played with a lot of big names of the time, such as Muddy Waters, Howlin Wolf, it was in 1962 she impressed Producer Willie Dixon and recorded fir fist single "Honky Tonky" and made quit a name for herself in Chicago, she was quickly dubbed "Queen of the Chicago Blues"

Koko was born to a sharecropper on September 28th. 1928, in Shelby County, near Memphis Tennessee. In 1952, Chicago was calling her, so Koko and her husband Robert "Pops" Taylor, a truck driver, moved to Chicago ,Ill, By the mid to late 1950's she started performing in clubs in and around the Chicago area, It was in one night club as she was performing, she caught the attention of music producer Willie Dixon.

Koko was performing in a select crown in Chicago, but felt she needed to reach a bigger audience, so she was signed to Alligator records in 1975, after Chess Records folded, there she was better known as a "tour Performer. With Alligator she recorded several Albums: The Earth Shaker, 1978, From the Heart of a Woman 1981 Queen of the Blues 1985, and also recorded with Huub Records, Chess/RCA Records, black and blue Records Charly Records and Alligator records.

Throughout her career she in flluenced musicians: Shemika Copeland, Janis Joplin, Bonnie Raitt and many others.

Koko wan many awards for her work such as: blues Hall of Fame 1997, Entertainer of the year 1985, Traditional Bluyes Album and others.

Koko got her name from her family because of her love of chocolate.

In her latter years she performed 70 concerts a year and resided Just South of Chicago.

Sadly we lost Koko in 2009, but she performed until she was 80 Years old, her last performance was at the Blues music Awards on May 7, 2009.