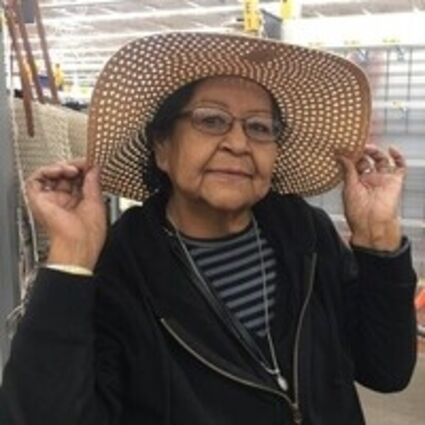 (From Diane before passing) I, Dianne Faye Mireau, was born on Sisseton reservation, March 4, 1946 @ 9:00AM. Raised as a Presbyterian and schooled as a catholic. Lived through a number of religions: Baptism, Buddhist and traditional native. My reason for naming these is so anyone reading this manuscript will understand the kind of person I've become, lived and died..

Diane grew up in Sisseton, SD attended grade school and later going to Flandreau Indian boarding school where she received a high school diploma. Once returning back to Sisseton she met Lynes Ree were they married and had three daughters (Lisa, Lynn and Lynda). Diane moved to California in 1980 were she raised her children and stated an education at DQ university (woodland, CA) were she completed and received a BA degree in business and accounting. After school she entered a career at the BIA in Sacramento, CA for several years. She worked, traveled, and love going to a San Francisco Giant's game. In 1998 after retiring Diane moved back to her home town in Sisseton, SD where she lived a peaceful life watching her grandchildren and great grandchildren grow up.

Diane Faye Mireau joined in heaven with her parents (Winnifred and Daniel Mireau), Siblings (Yvonne, Rolette, Edison, Roland, and Clarence), and Daughters (Lisa and Lynda) on September 2, 2021 at 3:34am.