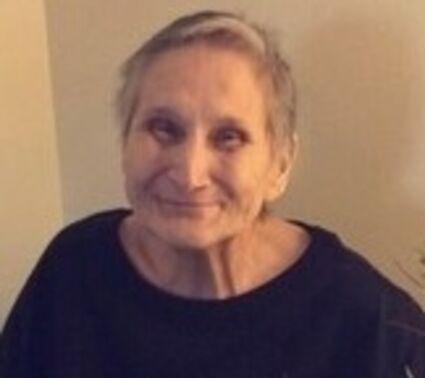 Funeral Service for Betty Jo Amos, 73, of Peever, SD will be held on Tuesday, September 14, 2021 at 11:00 A.M. Officiating Gerald Heminger Jr., CRE. Drum group will be the Cook drum group. Pallbearers will be Stefin Cottier, Kaidyn Cottier Preston Cottier and Kevin Amos. Honorary Pallbearers will be Alana Little Bird, Davonna Keeble, Rita Finley, Goldie Jackson, Alvina Hayes and Katherine Thompson. Interment will be held at a later date at the Ascension Presbyterian Cemetery, Peever, SD. There will be an all-night wake service on Monday, September 13, 2021 starting at 7:00P.M. at the Big Coulee District Center, Peever, SD. The Cahill Funeral Chapel is in charge of funeral arrangements.

Betty was born and raised in Boise, Idaho to Dorothy Rose Atkinson on February 19, 1948. She was raised by her grandparents Joseph and Grace (Heminger) Atkinson of Boise until the age of 12, then moved back to South Dakota.

Betty continued her schooling and received her GED at the Sisseton Wahpeton Community College. She attended many different schools, trainings, and colleges to better her career in chemical dependence counseling.

After she received her degrees, she went on to work for Dakota Pride Center, later she was employed for the Mayuteca Day Treatment until covid -19. In 2000 she moved to Granite Falls, and worked for the Upper Sioux Mental as MH Manager. Then in 2007 she moved back to Sisseton again, and then she started working for DPC again as manager of the WPC halfway In-house. Later on into her work, she went back to CD counseling, again.

Betty said her greatest joy was raising her three grandsons' and helping others with their problems. She made sure; she got to see her grandson's football games and graduate from TZTS this year! Now he has plans to attend the Rapid City

School of Mines for culinary cooking. The Amos family would like to "Thank You" who came and prayed for her sickness. Your thoughts, prayers were very appreciated and you're caring, loving was felt daily! Betty passed away on September 10, 2021 at her home surrounded by her family.