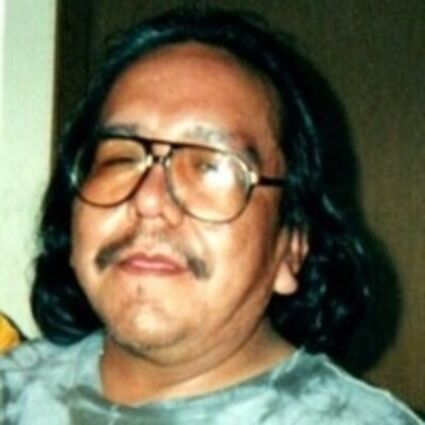 Clement Wilfred White was born on May 22, 1961 in Sisseton, SD to Eli and Maxine (Rouillard) White. He attended grade school at Enemy Swim and Waubay High School. He was a member of St. James' Episcopal Church and a member of the Brotherhood of St. Andrew. When he was younger he was a Lay Reader at St. James'. He enjoyed Singing the hymns and helping with services. He lived and worked in Watertown. He worked at Oak Valley Farms for many years and at Dakota Sioux Casino for the past 14 years. He liked to play cards and other board games. His favorite football team was the Dallas Cowboys, since he was a teen. He also liked to listen to the 80's music and Pow Wow Songs. Clement passed away on September 11, 2021 at Prairie Lake Hospital, Watertown, SD.

Clement is survived by two sisters, Thelma and Marlene White of Waubay, cousins, nieces, nephews and other relatives.

Clement was preceded in death by his parents, a sister, Gladys (White) Paul, Grandparents Clement and Sarah (Eagle) White, Wilfred and Virginia (Bernard) Rouillard, his companion of 16 years Rhonda German and other relatives.