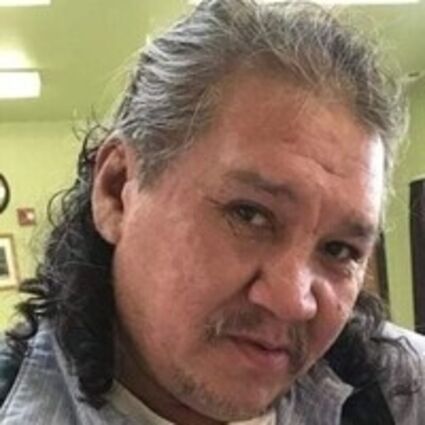 Cary Julian Eastman was born on February 5, 1969 in Sisseton, SD to Clayton J. and Ruth (Titus) Eastman. Cary spent most of his life around Sisseton and the buffalo Lake area where he grew up. Cary attended grade school and High school in Sisseton and later received his G.E.D. He grew up with fluently Dakota Speaker's and was raised up with real traditional values from his maternal grandmother and great grandfather. He so loved children to the fullest. Cary worked at various jobs, like ranch hand and working with horses. He also loved riding horses and breaking them for people. Cary also worked at the Dakota Magic Casino. He loved to fish, hunt, fix on cars and play horse shoes. He was a kind hearted man. He was good at everything he set out to-do. He would like to bead and once he got started he would bead up projects for his sister's and brother's. Family meant a lot to him. He spent a lot time round his hunka family which he enjoyed. He loved his children and grandchildren and he would light-up when he was with them. He was one of the best wood chopper's around and he loved to fish. Cary accepted Jesus Christ as his lord and savior at the First Baptist Church in Sisseton. Cary will be greatly greatly missed by all his family and friends. Cary entered into the arms of Jesus on Wednesday, September 29, 2021 at the age of 52, at his hunka sister Debbie Bernard-Haug home with the love of his children and other family member's. His legacy he left will never be forgotten. His sister's that he left behind will carry on because that's how he wants it.