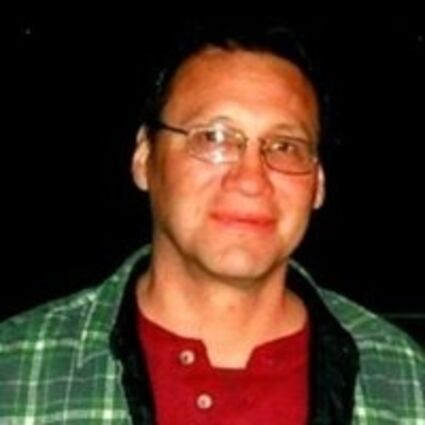 Funeral service for Harvey Alan LaCroix "June Bug", Waŋná Ċhaŋkú Waśté ki Ománi, 62, of Fargo, ND, will be held on Tuesday, October 5, 2021 at 1:00 P.M. at SWO Tribal Community Center, Agency Village, SD. The Rev. Floyd Hart of Mayasan will be officiating. Pallbearers will be Charles Flying Hawk, Daniel Flying Hawk, Pat Strand, Stuart Redwing and Rodney Tuttle. Honorary Pallbearers are all of Harvey's Friends and Family. The burial will be held at Mayasan Presbyterian Cemetery, Sisseton, SD. Drum group will be Londel Seaboy. There will be a wake service on Monday, October 4, 2021 from 7:00 to 9:00 P.M. at the SWO Tribal Community Center. The Cahill Funeral Chapel, Sisseton, SD is in charge of funeral arrangements.

Harvey LaCroix began his journey to the spirit world on Friday October 1, 2021. Although his life here on earth was short, he made lasting memories with many friends and family. Harvey, son to Delbert Redwing and Jeanette LaCroix, was born on July 4, 1959 at Moorhead, MN. He spent his formative years in Sisseton SD where he enjoyed exploring the world with his sisters and cousins. Nicknamed Mato by his grandmother, the name suited his personality well. In 1969, the family relocated to the Fargo-Moorhead area permanently where he attended school, made multiple friends, and spend the remaining portion of his life. In 1983, Harvey became a father to one son, Aaron Bernard. Harvey enjoyed spending time with family, laughing, watching TV, and bicycling. He also enjoyed meeting new people, visiting, playing card games and winning in chess. Harvey spent his time here on earth living life on his terms. His independent and tough nature was evident in every moment and aspect of his life. Harvey passed away in his home quietly on October 1, 2021. Brother Harv, as his sisters would call him, had a unique laughter which could be heard at every gathering. His love for culture and family was evident in the stories he would tell or in everyday conversation. He was proud of where he came from and knew where he was going in life. He lived with no regrets and loved fiercely.

Harvey is survived by his son, Aaron Bernard and 6 sisters: Goldie, Sandra and Patty all of Fargo, ND. Kimberly, Cynthia, and Roberta all of Nebraska. One brother, Delbert Jr. of Nebraska, and many nieces and nephews.