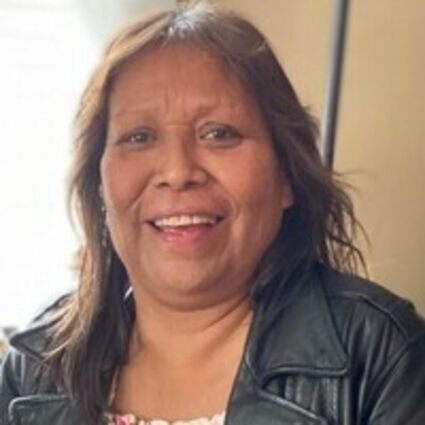 Brenda was born May 7, 1961 to Nathan and Irene Wilson in Sisseton, SD. Brenda grew up in Summit where she excelled in basketball. After graduation she moved to Brookings where she worked. She moved to Seattle, WA and then moved back to SD in 1989. She then lived for 12 years in Lincoln, NE. She married R. Steven Abbott and her son, Luke was born. In 2001 she moved back to Watertown where she was a long time employee of Dakota Sioux Casino until illness forced her to retire. Brenda loved the Minnesota Vikings, NASCAR, watching Hallmark movies, Jamaican music, Boondock Saints and walking our beloved dogs, Reno and Chopper. She was proudest of her son Luke (Her Sonshine). Every time Luke's band would perform, you could find her right up front dancing away. She was his biggest fan. Brenda loved her trips to Jamaica where she loved the food, music and the culture. She always said she was a Jamarican. Brenda passed away at her home on October 12, 2021 after a long illness.

Brenda was preceded in death by her father Nathan; half-brothers Francis, Baine, Sammy, Bobby and Duke; half-sisters Shirley and Delores.