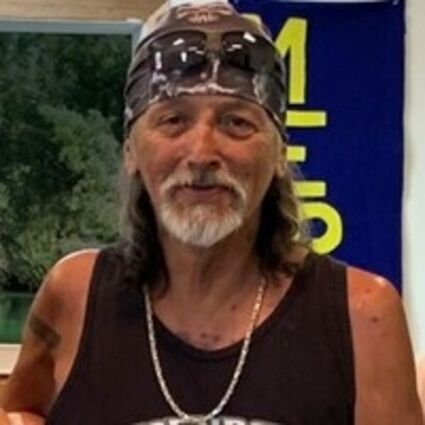 Funeral Service for Michael J. Friemel, 55, of Agency Village, SD will be held on Wednesday, November 17, 2021 at 1:00 P.M. at the Sisseton Wahpeton Oyate Tribal Community Center, Agency Village, SD with Coke LaFontaine and Episcopal Lay Readers officiating. Pianist will be Billy Kohl. Special music by Tracii Barse. Pallbearers will be Chris Felicia Sr., Dakota Wolfvoice, Josh Wilson, Terry Friemel, Sammie Pyres, Cameron Ross Sr., and Eric McGahn. Honorary Pallbearers will be all of Michael's friends and relatives. Drum Group will be Old Agency Singers. Interment will be in the St. Mary's Episcopal Cemetery, Agency Village, SD. There will be an all night Wake Service on Tuesday, November 16, 2021 at 7:00 P.m. at the SWOTCC. The Cahill Funeral Chapel is in charge of funeral arrangements.

Mike Joe Friemel was born on November 26, 1965 to Betty Jo Kirk and Robert G. Friemel at Grand Prairie TX. Mike served in the United States Army. Mike married at a young age to Heidi Miller and to their marriage they had a son Eric and a daughter Mara. After his divorce Mike met Linda Parrott and to their relationship they had a son Gage. Mike and Tammy have been together for 19 yrs and were united in marriage 2019. Mike and Tammy together raised 3 children, Evan, Bug and Kiara. Mike worked for Bruce Anderson on and off for many years and right up to when he got sick. Mike attend Long Grove, OK high school and played sports, basketball and football and left school in 1984. Mike work all his life. Mike worked a variety of different jobs throughout his life. Mike worked mostly constructions jobs but Mike was a roofer by trade. Mike lived most his childhood in Ardmore, OK. Mike had step sisters he grew up with during that time. Mike moved to South Dakota in 1995 to be around his sister Carol (Suzy) and his mother Betty Jo. Mike was a very smart, hard working and caring person. He was a humble person and loved life. Mike had many friends and family that loved and cared for him. Mike will be truly missed. Mike's favorite football team was the Raiders. Mike could cook the best brisket and loved to cook at home and grill for family and friends. Mike's favorite time of the year was the 4th of July, cooking, camping, fireworks, and bomb fires with family and friends Michael passed away on November 13, 2021 at his home in Agency Village, SD at the age of 55.

Friemel of Sioux Falls, SD; twelve grandchildren; and many Nieces, nephews and cousins.

Michael was preceded in death by his father and one brother Bobby Friemel Jr.