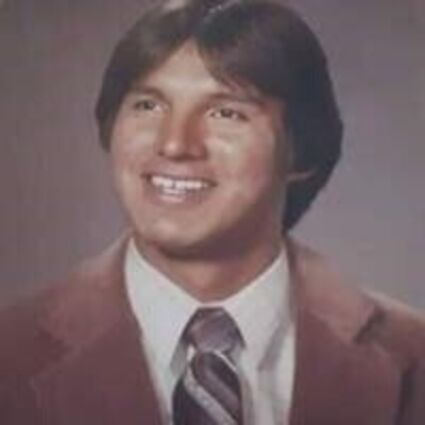 Leland was born on February 2, 1964 in Chicago, Illinois, the son of Emery and Janice (Thomas) Saul. At an early age his mother returned to Sioux City and he has been a life long resident. Over his younger years, he was placed in several foster homes. This is where he gained a special bond with Gordon and Lynn Olson-Johnson.

He attended North High School and was an above average student. He played basketball and it was during the 1982 season the team went to the Iowa High School State finals in Des Moines. The team finished as State Runner-ups Class 3-A.

Leland's interests were studying the bible. He loved the Lord!, playing the guitar and listening to music. He was also a great artist and had goals of becoming an architect.

He enrolled in college at Morningside in Sioux City, where he also played football.

But during his early 20's Leland was involved in an unfortunate shooting which changed the direction of his life in which he was never fully able to recover.

Leland is survived by his brothers, John Saul of Williamsburg, South Carolina and Colin Crow of Tucson, Arizona, his sister Joannie (Cliff) Brown of Sioux City, other relatives and many friends.

He was preceded in death by his parents, and his siblings, Byron Saul, Michelle Saul and Chanon Saul-Walker.