"My name is Delbert Hopkins Jr., and I am the Chairman of the Sisseton Wahpeton Oyate of the Lake Traverse Reservation. I am here to demand that Leonard Peltier be released immediately. Mr. Peltier has been wrongfully imprisoned for more than 46 years, as long as I have been alive.

According to Kevin Sharp, a former federal judge and Leonard Peltier's attorney, if Peltier's case was brought up today, the verdict would be overturned. The U.S. Attorney's Office admitted they don't know who killed the agents that Mr. Peltier is sitting in jail for slaying. Even the former Prosecutor of Leonard's case, James H. Reynolds, believes he should be free. He wrote a letter to President Biden asking him to commute his sentence.

Now Leonard Peltier has tested positive for Covid-19. At 77 years of age, Leonard Peltier is a Chippewa and Dakota elder, with a number of health conditions that put him at high risk for serious infection. He has not received a booster shot. Covid-19 could kill him.

When he was alive, Nelson Mandela, freedom fighter and Nobel Peace Prize winner, recognized Leonard Peltier as a fellow political prisoner and wanted him to be released. Scores of other officials, celebrities, and organizations around the world feel the same way. Leaders of the National Caucus of Native American State Legislators recently wrote to President Biden and urged him to release Mr. Peltier from prison because he is in poor health and so that he may "live his final years among his people in dignity." Today, I, the Chairman of the Sisseton Wahpeton Dakota of the Oceti Sakowin (Great Sioux Nation), join them.

We have no more time. President Biden, please hear us and release Leonard Peltier as soon as possible. He needs proper medical attention, and he deserves to be free. Do the right thing. As Martin Luther King Jr. once said, "The arc of the moral Universe is long, but it bends toward justice." Take this step with us towards justice for the Indigenous people of this land and repentance for the original sin of genocide that has been and is still being committed against Native Americans since Columbus first set foot in the western hemisphere. Let Leonard Peltier come home before it is too late. In the Spirit of Crazy Horse." 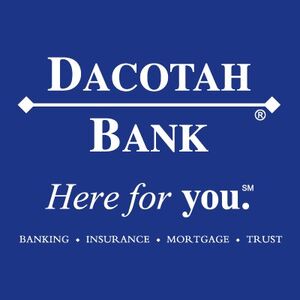