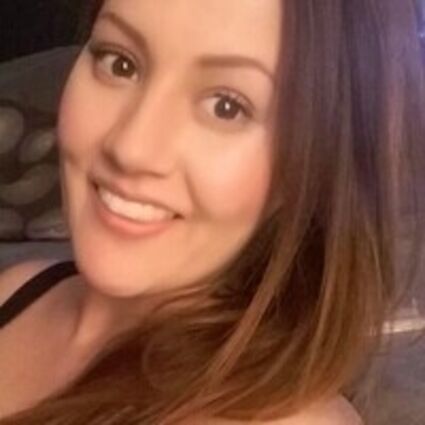 Funeral Service for Camille Joy White, 36, of Aberdeen, SD will be held on Friday, March 25, 2022 at 11:00 A.M. at the Lake Traverse District rural Sisseton, South Dakota with Rev. Clifford Canku officiating. Pallbearers will be Guy Canku, David RedThunder, Mitch Lauseng, DelRay German, Jeff Block and Jack Powers. Honorary Pallbearers will be all of Camille's family. Private family wake service will be held on Thursday, March 24, 2022 at the Lake Traverse District Center. Interment will be at Lake Traverse Presbyterian Cemetery, Sisseton, SD. with a meal to follow. Cahill Funeral Chapel in charge of arrangements.

Camille and her family moved a lot in their childhood years, living in Fargo, ND, Billings, MT, Aberdeen, SD, and Colstrip, MT. She thought of Colstrip as the place where she grew up and established lifelong friendships there. Camille was an enrolled member of the Sisseton-Wahpeton Oyate and from the Lake Traverse District.

When Camille was born she joined her big sister Michele. Camille and Michele had one day of the year where they were the same age and always shared birthday parties when they were kids. They had a very special bond. When Michele's first child, Tarynn, was born, Camille was the proudest auntie and often referred to her as her baby. Eventually the rest of her nieces and her nephew also became her babies.

Camille also had a younger sister, Keeley. When Keeley was born, Camille was a high schooler but she and Keeley definitely argued like they were closer in age. It is the ongoing joke in the family, but she and Keeley ended up having such a great relationship.

Camille was very close with her parents. She often had long phone calls with her dad in Albuquerque to laugh about inside jokes that were only funny to them. They definitely shared their sense of humor. Camille and her mom had the same feisty personalities. Being around them you knew that they did not hold back on saying what they wanted to say. They also shared a sense of humor. Being together as a family and getting going on a hypothetical story that ran on and on making everyone laugh more and more was our favorite thing.

Camille's pride and joy, Ethan John, was born on June 3, 2015. Her love for him was so intense-he was her life. She would do absolutely anything for him. Seeing Camille without Ethan was a rare sight.

Those who knew Camille know she had a heart of gold and would have done anything for anyone. She was the best mother, daughter, sister, auntie, cousin and friend.